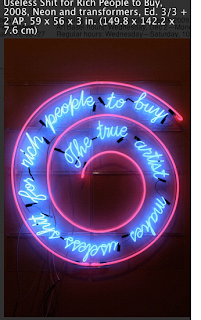 AND, he gives to charity. 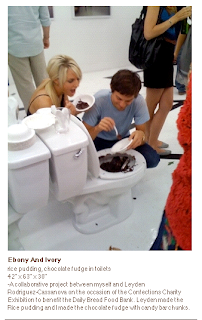 Now if that's not a plus, I don't know what is.

I also don't know what his work (the blank freestanding wall above) currently on view in Seattle's about exactly, perhaps something to do with his daddy issues (consider that on his official website the title is "A Wall I Built With My Father" but the caption lists the wall as being built between the artist and his father. Check it out as part of Western Bridge's show Parenthesis. Picture by Mark Woods stolen from Jen Graves's review. Regina Hackett covers it too. THE SHOW ends next Saturday 12/19/09.