The primary incentive for my artistic work has been the exploration of my Swiss-Haitian roots and identity via colonial history. This approach has broadened out considerably to include a range of histories and postcolonial realities.

"As an artist Sasha is like a time travelling heroine who draws attention to historic trauma and its ramifications in the present."  Bruce E. Phillips, Seniour Curator, Te Tuhi, Auckland, NZ


I think she does it better than Isabelle Pauwels. It would be great to see a white male do this kind of work. 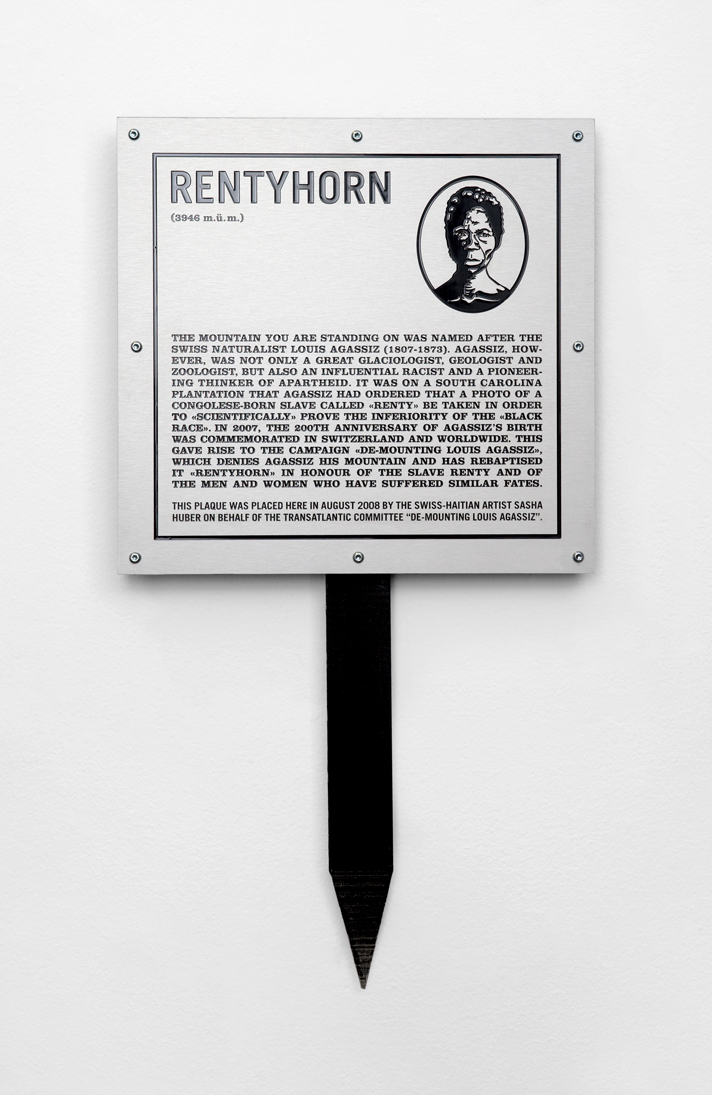 PS: I would love to un-euro-name every mountain. I call Mount Tahoma Mount Tahoma instead of Rainier to my daughter intentionally. I look to Denali as an example.
Posted by hannah at 8:33 AM No comments:

when you name something you have power over it a la adam. my favorites "so-called negro" and "asiatic," because 'we are what we are, but you want to put us in a box,' and 'asiatic' for solidarity reasons (see housing covenants in the US and 'whites only'/'no negros, jews, or mongoloids/mongolians' in the 1920s, see Carl Linnaeus)... 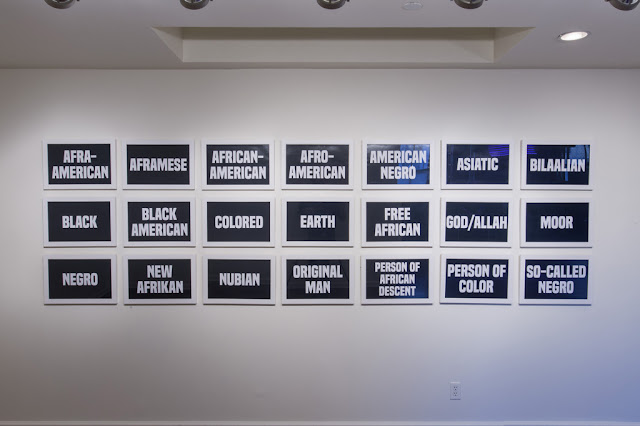 Nomenclature, 2016, Presented at BAM (Brooklyn Academy of Music) as part of the group show, The Arch of My Eye's Orbit (curated by Hrag Vartanian)
"Here, Rasheed pairs a grid of 21 framed prints bearing the terms uncovered in her research with a print of a 1967 Ebony magazine spread entitled, "What's in a Name?" where Lerone Bennett Jr. reprints Du Bois' 1928 editorial response in a gesture to reignite the national debate over naming. In doing so, Rasheed carries this conversation into the 21st century, suggesting that issues related to the language of taxonomies and their role in race relations in the US is anything but resolved."
Posted by hannah at 5:41 AM No comments: 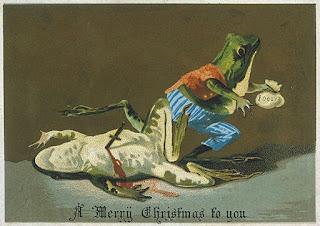 Posted by hannah at 5:25 AM No comments:

http://hyperallergic.com/346182/lgbtq-activists-attacked-by-trump-supporters-while-leaving-nyc-art-space/
Posted by hannah at 10:37 PM No comments:

"Los Angeles is often lauded as a diverse city, but rarely do the stories of the indigenous communities that make up the city’s history get the credit they deserve. If they do, they're overshadowed by their colonialist counterparts, garnering little more than a few textbook pages. But these communities play a vital role in an exhibition that's currently in the works for contemporary Angelenos to see.
On view from Sept. 16, 2017, to Jan. 31, 2018, “Visualizing Language: A Zapotec Worldview” features commissioned work from Oaxacan artist collective Tlacolulokos [Darío Canul and Cosijoesa Cernas] that will be on display at the Central Library’s rotunda. "

"while feminism has propelled women forward, men are stuck in a standstill...Hector thinks a big part of the problem is that men aren’t being asked the same questions as women. While feminism has pushed women to reevaluate their traditional roles in society, Hector thinks “there’s been a lack of having similar conversations with men.” She’s curious about how men talk and think about themselves.

To get the conversation started, Hector generated an extensive list of questions and sent them to a racially diverse group of both straight and gay male artists. She asked the men to consider society’s expectations on them. Do they feel pressure to have a certain kind of picket-fence house, high earning job, wife, husband or family? She asked them if they felt stereotyped as men and whether or not they feel free to express themselves emotionally. She asked them if they think society should change its approach to raising boys, and how they feel feminism has affected their relationships and their perceptions of themselves.


'It’s interesting,' Hector says, 'a woman asking men these questions. I like seeing men be uncomfortable with their feelings.'"

scholarships for college and grad school!
http://baucemag.com/list-of-undergraduate-and-graduate-scholarships-for-women-of-color/
Posted by hannah at 8:37 PM No comments: 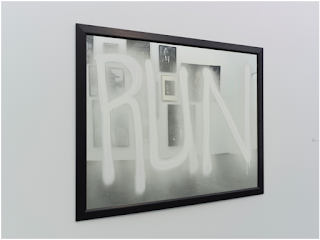