Posted by hannah at 7:56 PM No comments:

Where can you find Dan Flavin/Vladimir Tatlin, Ethiopian scifi, and Albrecht Durer all in one? This video.

From over a year ago-- I suppose because he's Ethiopian-Canadian R&B he gets to quietly drop art references and nobody gives a stink about it (unlike Jay-Z & Picasso Baby, which is as much PR for Jay-Z as it is the Contemporary Art world, whose square heads racistly-classistly moaned and groaned about his validity as an artist. Puhlease, get over yourselves.)

.
Speaking of which, next time I'll blog about artist-as-Christ identifications. Yeezus, anyone?
Posted by hannah at 10:25 AM No comments:

“The black prophetic tradition has been the leaven in the American democratic loaf,” West said. “What has kept American democracy from going fascist or authoritarian or autocratic has been the legacy of Frederick Douglass, Harriet Tubman, Sojourner Truth, Martin King, Fannie Lou Hamer. This is not because black people have a monopoly on truth, goodness or beauty. It is because the black freedom movement puts pressure on the American empire in the name of integrity, decency, honesty and virtue.”

Chris Hedges: Cornel West and the Black Prophetic Tradition.
Posted by hannah at 7:10 AM No comments:

Dear E,
As we work with the youth of America on behalf of the Skyhook Foundation Mr. Abdul-Jabbar wanted to share this photo of himself with educattors across the country. He met MLK Jr. when he was 17 years old and became inspired to become a writer. He attended this press conference as a reporter representing the HARYOU Act (Harlem Youth Opportunities Unlimited) in 1965. Please let me know if you need anything else.
Best, Deborah
Deborah Morales | iconomist |
Iconomy® Media & Entertainment
a division of Iconomy®, LLC
Leading Icons from Success to Significance
Representing the NBA's All-Time Leading Scorer Kareem Abdul-Jabbar 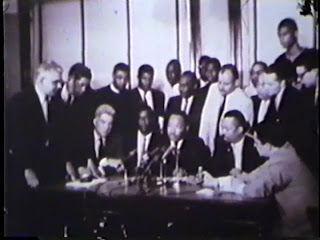 http://wethinkalone.com/
Posted by hannah at 8:13 PM No comments:

hillary commends arsenio hall for how he handled the l.a. riots

AH:[regarding the LA riots]"We gotta stay involved everday. After the fires burn out we can't allow our involvement to burn out."

BC:"This is not just about race. It's about ethics and education and economics. It's about kids being divorced from the life we want them to live."

Posted by hannah at 8:47 AM No comments: 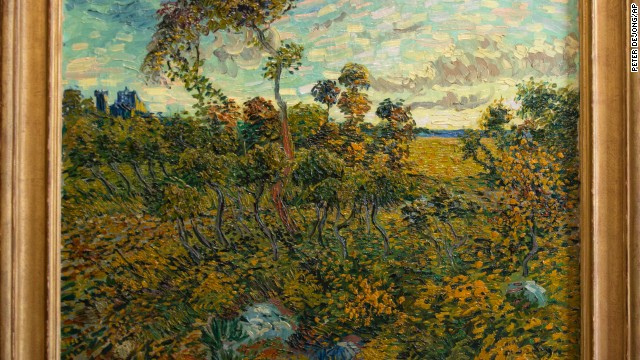 New Van Gogh discovered after it was originally thought a fake!
Posted by hannah at 8:37 AM No comments:

A japanese dude who's secretly a hasidic jew?

i see that prayer shawl sticking out homie.
Look for him!!!!
80s nostalgia= headbands and bandanas with the wartime japanese flag. (which ive always liked design wise not so much colonialism wise)

http://www.youtube.com/watch?v=dsUXAEzaC3Q
Posted by hannah at 12:10 PM No comments:

even if it makes others uncomfortable, i will love who i am.


harkens back to my other fave badasses.
RIP Kriss Kross' Chris Kelly (overdose)--i appreciate the backward pants yo. subvert the patriarchy of front facing pants!
RIP Lisa LeftEye Lopez (car crash/angel of death). You were a bright star of fast rhymes amidst sultry diva-beltin.

This post dedicated to all the dearly departed music icons everytime I watch music videos that are near to my heart.

tenuous precious connections, but really just an excuse to listen to music and this post presupposes, you will too?

why disco is great.

A good argument for having a big afro. "Then it hit me: "Oh God, she purposely held that information back." The door closed. It was a "pie in the face" moment.
I laughed at it. Sort of.
Inside I cried. But if I cried at every insensitive act that goes on in the name of safety, I'd have to be committed to a psych ward. I've just taught myself throughout the years to just accept it and maybe even see it as funny. But it kept eating at me (Well, I guess she never watched the show …  My English was super clear … I called her "ma'am" like I was Webster … Those that know you know that you're cool, but you definitely know that you are a walking rape nightmare — right, Ahmir? Of course she was justified in not saying her floor. That was her prerogative! You are kinda scary-looking, I guess?). It's a bajillion thoughts, all of them self-depreciating voices slowly eating my soul away.
But my feelings don't count. I don't know why it's that way. Mostly I've come to the conclusion that people over six feet and over weight regulation or as dark as me (or in my tax bracket) simply don't have feelings. Or it's assumed we don't have feelings. I mean, it's partially right: I literally figured the only way for me to not go insane in a career that creates junkies (or at best Kanye) is to desensitize myself from feelings. The thing is, though, I'm a halfway crook, an awesome poker player. Yeah, I hurt. But I'll be damned if I let you know that. Call me a 75 percent robot, 25 percent human being.
When I got off a plane Sunday morning, after the "not guilty" verdict in the George Zimmerman trial, and I was waiting in customs, I read an apology e-mail from a friend who said, "I am wrong about many things, but I want to apologize for taking that particular story you told me too lightly." The one about the woman in the elevator. And it kinda touched me. My friend related to me, and it was a gut-punch I wasn't expecting on an already emotional day, so I guess I started to almost … cry?"
Best.
http://nymag.com/daily/intelligencer/2013/07/questlove-trayvon-martin-and-i-aint-shit.html
Posted by hannah at 3:39 AM No comments:

on misogyny and homophobia in hip hop.

i used to, and still love h.e.r. feelin these songs on hip hop.


key and peele. so smart. and funny.
https://www.youtube.com/watch?v=ftwT-HI86kA

But if you look at the previous post....Does a conscious hip-hop need to be separate from a gangsta rap aesthetic? Maybe not. Subvert the overall gangsta-misogynist-homophobic-minstrelsy(?)-mode and go for the subtle thrill of incorporating black history, civil rights, awareness of police brutality, etc.
WARREN G I LOVE YOU!
And not just you, Harding, or Magnusen.

Posted by hannah at 2:49 AM No comments: