I suppose this is related to the bitterness Chinese and Koreans have towards Japan...
Image of a Korean as a Kappa..Korean Monk 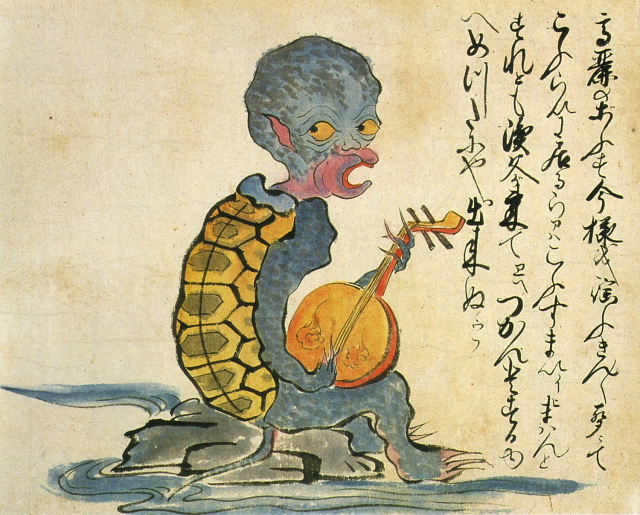 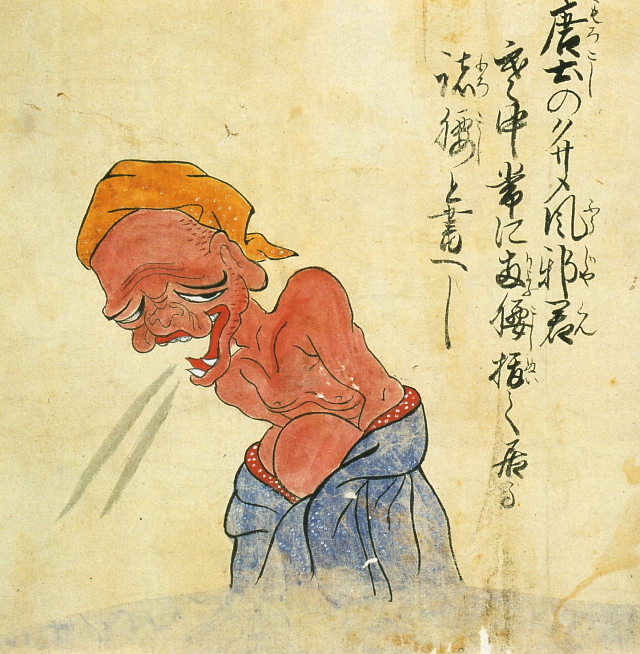 Thanks to Pink Tentacle for always having the oddest, freakiest, coolest stuff to share!

Race CONnoisseurs and the Erotica Exotica

Shout out to my girl, BB, for discovering this most excellent advertising treasure (one person's treasure is another person's trash), I took the screenshot around 1p.m. 5/17/2012: 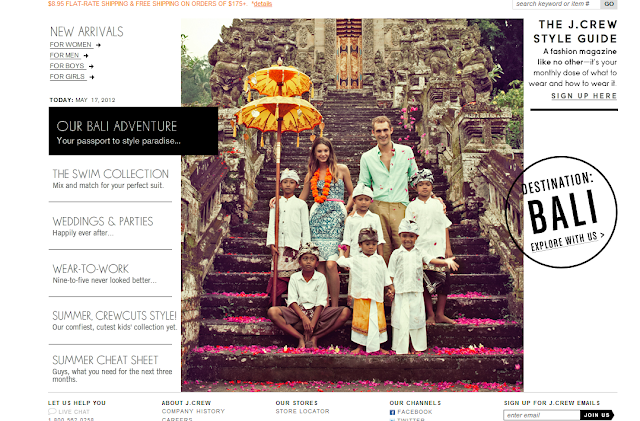 And to all my friends who have had most excellent and varied reactions to this...

BB: Nooooo! The front page of J.Crew right now features the 'people
(children) of color as props' advertising trope. AND, of course, they're children, so it brings up that whole colonialism/paternalism
thing. http://www.jcrew.com/index.jsp

JF: I agree this is a huge disappointment for jcrew  I really expect more from them. But at least they're better than Anthropology and free people's catalogs. I eagerly flip through them each month to marvel at how 'post racial' our country has become.

KJ: Oh hey! Sol's also on a trip through Indonesia right now (though not Bali, afaik). We'll have to ask him how post-racial the country is and see whether he found any of the colorful children of Ubud to use as photo props too.

Definitely fishy business going on here. Screenshot @ 5/18/12 at 12:33 AM from http://www.jcrew.com/AST/Navigation/bali_adventure.jsp 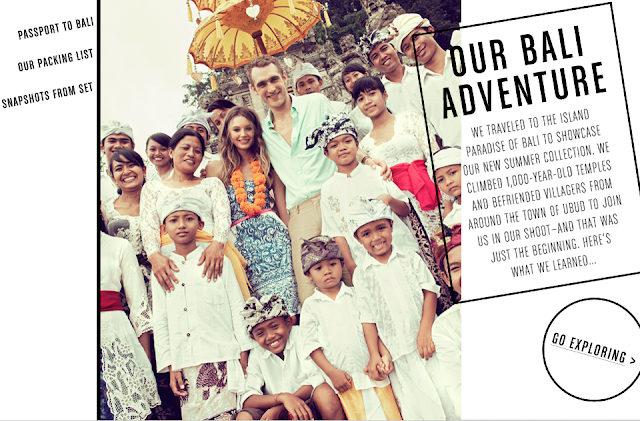 It's like there is no cultural memory allowed for consumers/shop viewers regarding what it means to but a bunch of smiling (and a few sad--that woman to the male protagonist's left knows what's going on) brown people around a happy tourist white (hetero) couple.  Give yourself, and your shoppers, some credit, J. Crew.

The 'fun and fancy-free' tilt, pictured below, to these photos scattered thereabout gives it a travelogue feel.  Or is it that, white-contact-colonialism feel?  You tell me.  Whatever it is, boy it sure is exotic!  But wait a minute--why are there a few more non-white (J)Crew that aren't the main characters of this adventure?  Perhaps it must be an aesthetic choice, since it would not be exotic enough to have *all* the people in the picture be brown.

In 2012, I think it should be clear to America, J. Crew, and whosoever is making these advertising images, that:

While upon further inspection of the Bali Adventure it appears that J. Crew did a bunch of cultural research (in order to sell exotically themed clothing, or at least, clothing that looks good on tourists/modern people going on a safari adventure). Don't get me wrong. I am all about cultural exploration and appreciation, but what is the line between exploitation and education here?
I might add there are two/three(?) images of a woman of ambiguous beautifully brown skin tone sporting J. Crew clothes, however-- 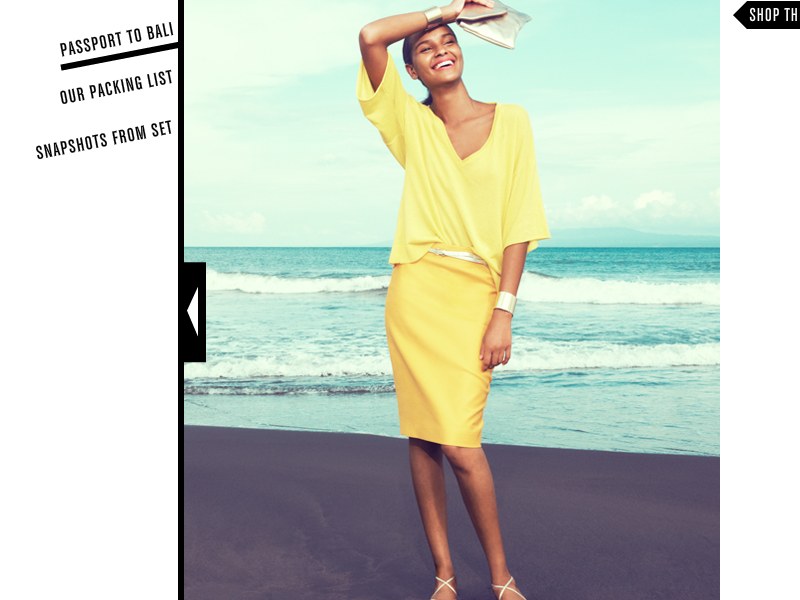 --it's still the same ole, same ole annoyance (Cultural representation with limited visible ethnic participation/self-representation), with the message being approximately: "isn't cross-cultural contact swell?  We get to experience another culture in a non-threatening, palatable manner, and they're sure happy about it!" I really doubt I would have been as annoyed if I had seen other "American tourists visit Bali" in the main images who were multiracial--like the true Crew was.  Hanging out with other brown folk in a different country.  Really not a big deal but apparently that is too earth-shattering and doesn't send $268 tweed jackets flying off the shelves (?)

It is telling that with all the photo shoot objects pictured, the clothing accentuates how modern and boring/white the tourists are, while the lifestyle accessories (The Culture of Bali--flowers, Spirituality, Mangosteen a.k.a. candy) remain exotic as ever.  Oh, haha!  Look at us evoke the colonial past!  Isn't that so wonderfully modern?

Not really: "In 1597 the Dutch explorer Cornelis de Houtman arrived at Bali and, with the establishment of the Dutch East India Company in 1602, the stage was set for colonial control two and a half centuries later when Dutch control expanded across the Indonesian archipelago throughout the second half of the nineteenth century...Dutch political and economic control over Bali began in the 1840s on the island's north coast, when the Dutch pitted various distrustful Balinese realms against each other. In the late 1890s, struggles between Balinese kingdoms in the island's south were exploited by the Dutch to increase their control."
Way to reach back to historical roots, J. Crew!  What a throwback.


For now I'm sticking with Macy's.

http://ambachandrice.com/exhibitions-past/. It looks like something out of House on Haunted Hill. The confusion of space using the strong beam with a diagonal element are great because they are photos of actual objects pictured in different depths of field. Here they are expertly collaged together to look like a real space that upon further inspection, is totally unreal.
Posted by hannah at 11:52 PM No comments:

http://www.thestranger.com/seattle/a-gay-romp/Content?oid=13256864
while i can't claim to really know anything about psychoanalysis (despite the title of this blog) i think that Jen Graves's stance on Kusama--nudity, beings stripped bare of culture, and androgyny--fits my thoughts about Kusama's oeuvre being about pre-mirror-stage jouissance and union with the world/mother.

Happy Mother's Day!
Yayoi Kusama
(photograph from Happening)
The grainy picture—depicting two (or maybe three?) bodies in a pile on the floor, naked except for painted-on polka dots that match the wildly polka-dotted room they're in—was snapped at a Happening in New York by Japanese artist Yayoi Kusama. She declared it the "first Homosexual Wedding ever to be performed in the United States." This document is nothing like a wedding photograph. The participants lie rather than stand. They are so entangled that you can't even tell whether they're men or women. 'The purpose of this marriage is to bring out into the open what has hitherto been concealed,' [Jeffry] Mitchell reads out loud from the wall label, quoting Kusama.
p.s. A great big shout out to Greg Kucera gallery and all those keeping it real in Pioneer Square with some great art (including art that supports/promotes Hide/Seek in Tacoma).  If you were feeling progressive you could call him a great motherlike nurturer of the Seattle art scene.

p.p.s.  In even more motherly news, check out the anatomically correct clitoris art (you can buy an owner's manual for a cool $40 donation to the project!) on view nearby at the After Dinner Party, all this month.