Poutine it out there

Check out Kevin Ei-ichi deForest, whose work is currently at the Henry in The Record. Here.
Heavy-handed though that may be,I quite like this one: 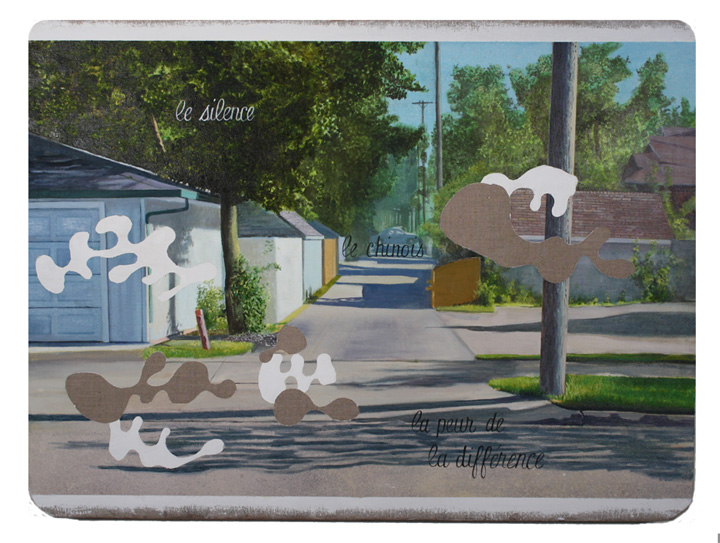 He says: My work is involved with the representation of hybrid identity, namely with a focus on my cultural heritage as a suburban Canadian mid-westerner of Japanese and European descent. It is still relevant to address the context of race and difference in contemporary art. The challenge of working in a post-identity politics age is to reformulate and question those very categories through my artwork and practice.

Ooh boy Kusama's work is going to be at SAM!
Yayoi Kusama: A Total Vision brings together drawings, paintings and sculptures from key moments of the artist’s career. This will be the first museum exhibition in Seattle of the radical and mesmerizing works by Kusama, celebrated today as an art world superstar.

Coming soon to the Henry-Pipilotti Rist

From an excellent article about one of her works at MoMA.
Nice.

What Richard Serra is to hard and dry, Rist is to soft and moist. Rather than only privileging the eye, as in Courbet’s yummy yoni shot The Origin of the World, Rist’s art is a full-body experience. Like Matthew Barney, who crawls like a symbiotic organism through space, or Niki de Saint Phalle and Jean Tinguely's giant reclining nude that was entered between the legs, Rist wants to turn the museum into an ecstasy machine.

In the West, however, ecstasy comes with proscriptions. Especially if it’s too female—then it’s taboo. A widely circulated rumor has it that MoMA asked Rist to edit out the red between the legs. It turns out that so-called “belly-magic” is more off-limits than mind-magic. In classical terms, the Dionysian is still more fraught than the Apollonian. Thinking about this installation without the blood is like thinking about life without blood.